Naples in one day

DISCOVERING NAPLES ..IN ONE DAY!

Naples is the largest city in southern Italy (third Italian city by population) and among the most populous and densely populated metropolitan areas of the European Union. The city has something for everyone: rich in places of art, beauty, history, narrow streets, wonderful landscapes, attractions and contradictions. From world-class monuments to archaeological treasures, from the best pizza to the amazing street nightlife, Naples will never be boring. Have you landed in Naples for a trip for one day? International Community IC Napoli recommends you in this section a long itinerary that will take you to discover what deserves to be visited and admired. One day in Naples will not let you explore everything, but it will give you time to fall under its southern charm. If you are in Naples for a day your starting point is almost certainly the Napoli Centrale train station in Piazza Garibaldi. The main crossroads of urban and suburban city transport, whether on rails or by road, is Piazza Garibaldi from where you can reach any point of the city of Naples and the metropolitan area, even in the province, through the main bus lines, metro and railways. If you are not leaving exactly from there but from the International airport of Capodichino or from Molo Beverello, you can easily reach Piazza Garibaldi by taking the Alibus line (check *here* the timetable). At Piazza Garibaldi it will be possible to take line 2 from the homonymous “Garibaldi” station to go to the historical center where our daily tour of about 8 hours will begin, which will cover most of the ancient city to reach the seaside villages of the seafront area. From Garibaldi station we will take the subway direction Piscinola to get off at the Materdei station. You can check the subway timetable here.

The mysteries of Naples: from Anime Pezzetelle to San Gennaro’s blood 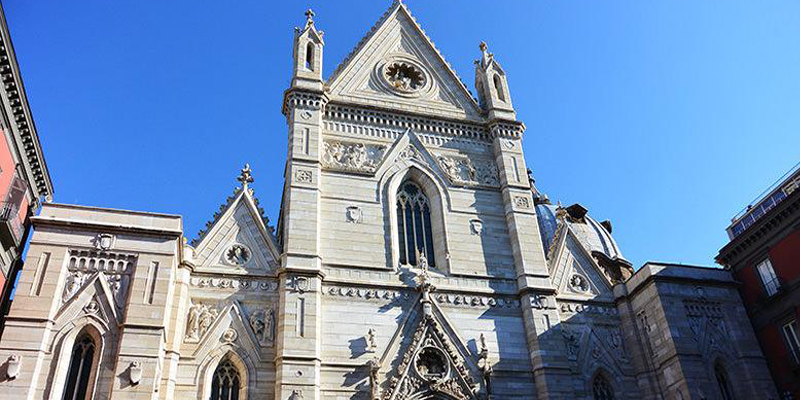 Journey into the history of Naples: from the Ancient Center to Piazza del Plebiscito 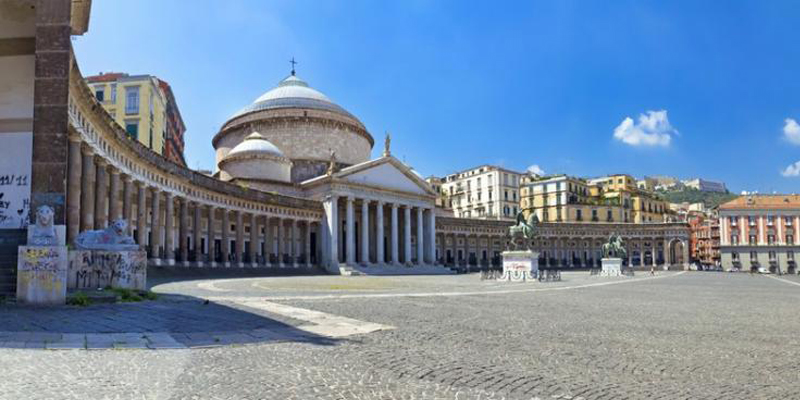 Travel time: 2 hours Places of interest: Cimitero delle Fontanelle, Palazzo dello Spagnuolo, Duomo di Napoli. Arriving at the station of Materdei line 1, our itinerary immersed in art begins (in fact, the same underground station of 'Materdei' is part of the 'Art Stations'. Starting from the homonymous district and crossing the Health and the Virgins we will head towards the Cathedral of S. Maria Assunta, also known as the Cathedral of Naples. After getting off the train, we will walk along Via Bartolomeo Caracciolo to reach the Cimitero delle Fontanelle, at the end of the natural valley of the Sanità district. This gigantic tufa quarry, whose access is completely free, preserves the remains of the victims of the great plague of 1656 and cholera of 1836 and is known for the ritual of “Anime Pezzentelle“: the cult foresaw the adoption and arrangement of a skull (called “capuzzella”), to which corresponded an abandoned soul (called “pezzentella”) in exchange for protection, with the hope that once in heaven, the defunct soul could be grateful. After the walk in Neapolitan folklore, we will move from the Sanità along the homonymous street to the district of the Vergini, where we will take a look at the Palazzo Spagnuolo, characteristic for the wide and numerous arches that intertwine with the trend of the stairs. Once enchanted by the Spanish architectures of the Spagnuolo, our tour continues towards one of the most important artistic streets of Naples, via Duomo. Once out of the Virgins area, we will cross P.zza Cavour and in a straight line we will head towards the Metropolitan Cathedral of Santa Maria Assunta, better known as the Cathedral of Naples. A mixture of styles, from the pure gothic of the 4th century to the neo-Gothic of the nineteenth century, awaits them, but the Duomo remains famous for the blood-breaking ritual of San Gennaro, which happens, according to believers, three times a year: Saturday that precedes the first Sunday of May, September 19th, the day of the celebrations in honor of the patron saint, and December 16th. Leaving the Duomo we could give ourselves a quick and tasty appointment with the Neapolitan street food: a few steps from the Duomo you can access Via Tribunali where less than 100 meters, and for only € 1.50, we can taste one of the most famous dishes of Naples : the frittatina of the Pizzeria “Di Matteo”. 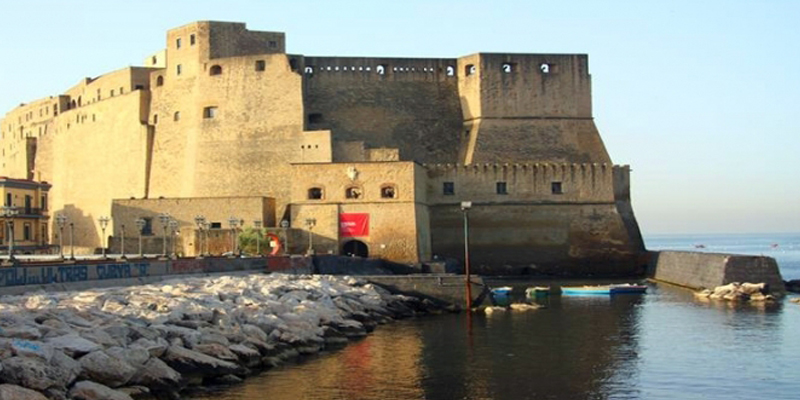 Time travel: 2 hours Places of interest: Santa Lucia, Via Caracciolo, Castel dell’Ovo, Piazza Vittoria, Via Chiaia Once past Piazza del Plebiscito, we will cross the area of Santa Lucia, considered one of the most beautiful and evocative of the city, to cross Via Caracciolo, a long and wide promenade of Naples where there is Castel dell’Ovo, the oldest castle in the city will peep out. The fortress dates back to the twelfth century and overlooks the Neapolitan promenade. The curious name derives from the legendary Roman poet Virgilio, who narrates that the castle walls were fortified against external attacks using magical eggs kept in the dungeons. The walk will continue, crossing the pedestrian area of Via Caracciolo, towards Piazza Vittoria. From here we can return to the Historic Center via Via Calabritto and Piazza dei Martiri in the direction of Via Chiaia. This pedestrian area is a reference point for luxury shopping in Naples. Taking it all we will find ourselves in Piazza Trieste and Trento, from here we will again take Via Toledo to return to the Historic Center. Our tour ends here, if you had time to have dinner we suggest you to stay in the Via Tribunali area, where you will have the opportunity to find many pizzerias in order to taste the traditional Neapolitan pizza, known all over the world. We therefore recommend the three most famous of the Historic Center: Sorbillo, Di Matteo or Antica Pizzeria Da Michele.